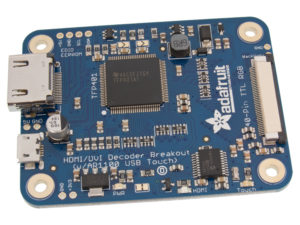 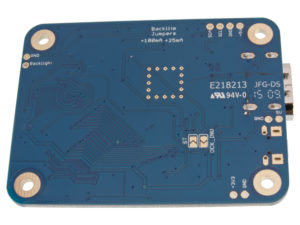 It's a mini HDMI decoder board! So small and simple, you can use this board as an all-in-one display driver for TTL displays, or perhaps decoding HDMI/DVI video for some other project. This breakout features the TFP401 for decoding video, and for the touch version, an AR1100 USB resistive touch screen driver.

The TFP401 is a beefy DVI/HDMI decoder from TI. It can take unencrypted video and pipe out the raw 24-bit color pixel data – HDCP not supported! It will decode any resolution from 25-165MHz pixel clock, basically up to 1080p. We've used this breakout with 800×480 displays, so we have not specifically tested it with higher resolutions. We added a bunch of supporting circuitry like a backlight driver and configured it for running basic TTL display panels such as the ones we have in the shop

You can even power the display and decoder from a USB port. For example, with a 5" 800×480 display and 50mA backlight current, the current draw is 500mA total. You can reduce that down 370mA by running the backlight at half-brightness (25mA). With the backlight off, the decoder and display itself draws 250mA. If you want more backlight control, there's a PWM input, connect that to your microcontroller or other PWM output and you can continuously dim the backlight as desired

We have two versions, one is video only and one is video+touch. This is the version with touch! Pair it with a screen that has a resistive touch overlay. The USB port then acts as both power and data, with the touch screen appearing like a USB mouse.

This driver is designed specifically as a small and easy to use display driver for our 40-pin TTL displays. In particular, we suggest it for use with single board computers (or desktop/laptops!) with DVI/HDMI output like the Raspberry Pi or BeagleBone Black. You can power the driver over USB and then feed it video via the HDMI port. It's a very small board so great for tucking into an enclosure. It can drive our 4.3", 5.0" or 7.0" displays but we really only recommend the 5" or 7" 800×480 as some computers do not like the low resolution of the 4.3" and the TFP401 does not contain a video scaler, it will not resize/shrink video!

We ship this board with an 800×480 resolution EDID so it will be auto-detected at that resolution. For advanced users, the EDID can be reprogrammed using our example Arduino code. Or, for computers that use linux, you can always just force the resolution to whatever display you have connected.

This is just a decoder breakout, a display is not included! 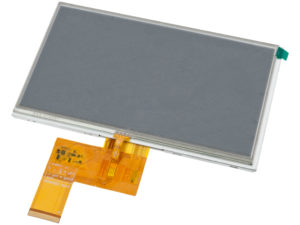 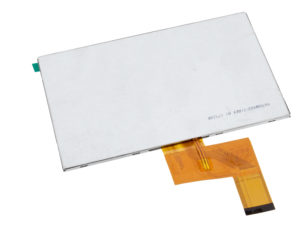